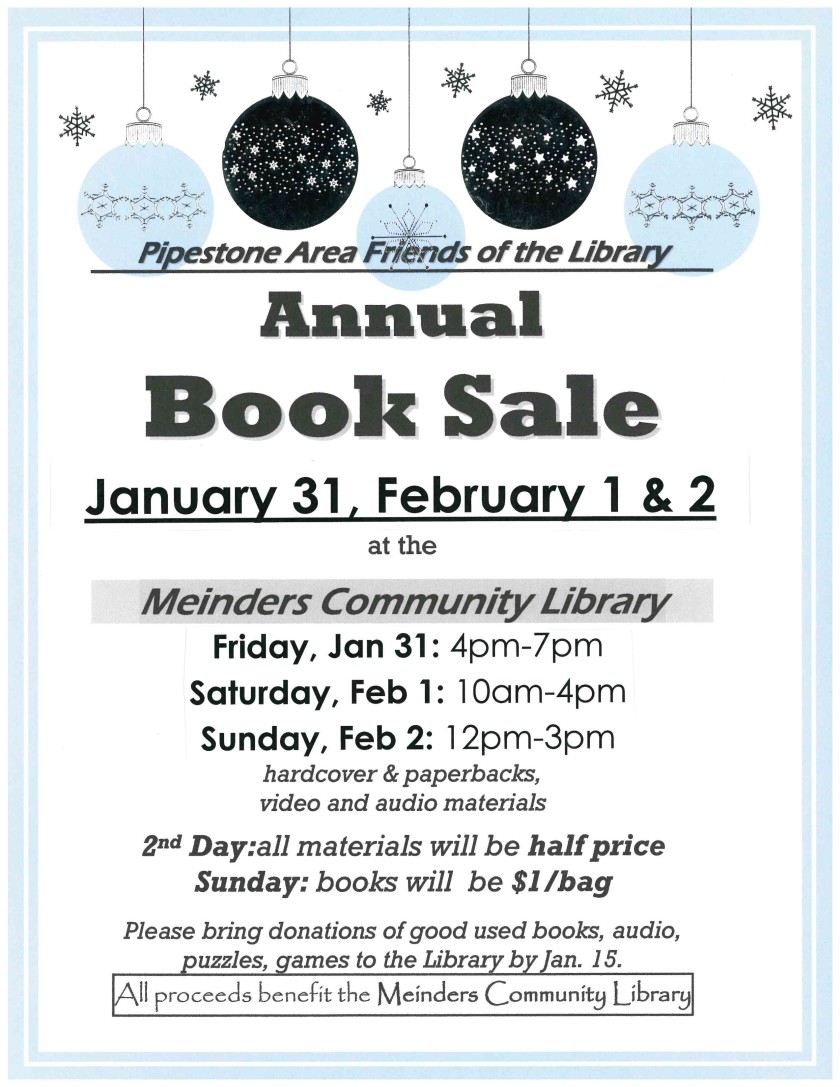 Due to the impending inclement weather, the Pipestone Area Friends of the Library have postponed their annual book sale. PAFL’s book sale will now be Friday January 31, Saturday February 1, and Sunday February 2. We will continue taking donations through next week.

Can’t wait to support our Arrow Bots this year! 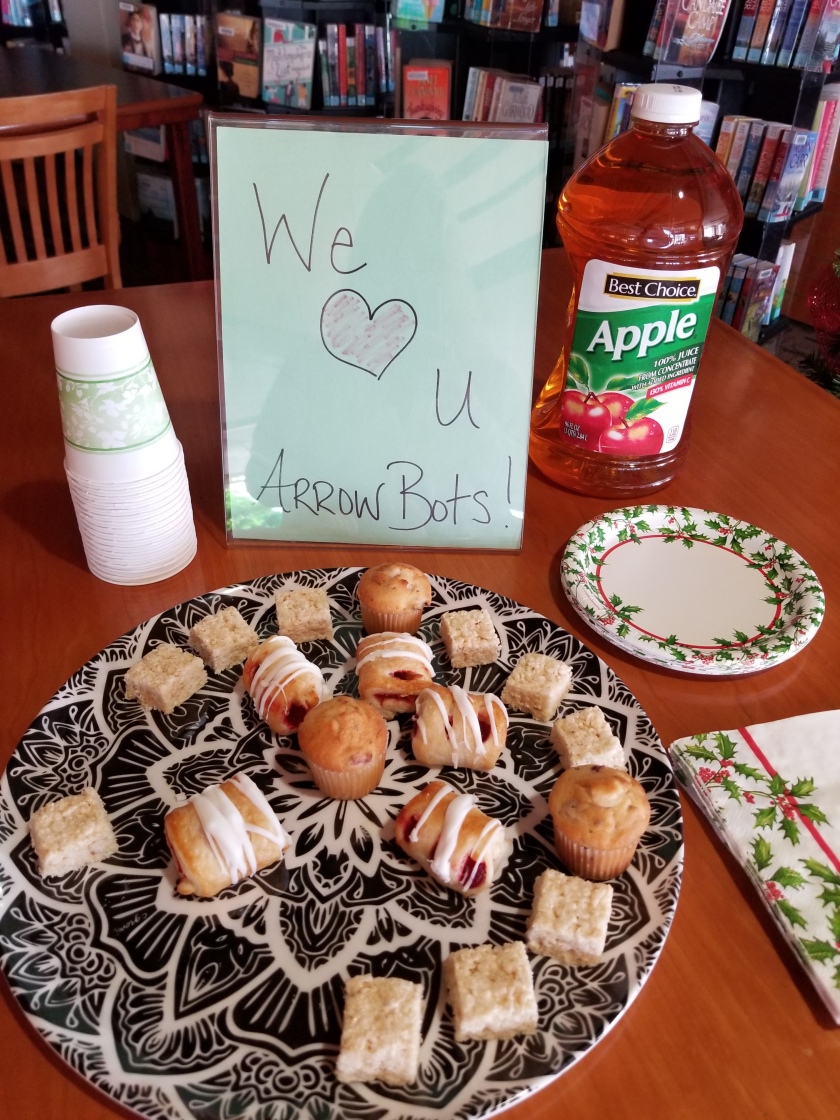 The Infinite Recharge theme, created in conjunction with Disney and Lucas Films, promotes an atmosphere of Force For Change.

Tech is the future, and students engaged in robotics are poised to lead the charge.

Star Wars fans will love the playing field and challenges during the 2020 season. PAS fans will love cheering on the Arrow Bots with live streaming of competitions at the library.

Stay tuned as the season progresses.

What do the following things have in common?

These groundbreaking moments challenged the societal norms of the time. They also took place in 1920 to usher in prohibition, flappers and the Roaring Twenties. One of the most notable things about this era was our ability to shrug off shrugg off the traditions of the past and barrel toward a brave new future in the hopes that tomorrow would be exciting, new, and different.

And it was. Women found a more equal footing in society, while the 20s boasted a bump in industry that made the average household feel positively palatial. The electrical revolution was here, complete with frivolous inventions that we can’t imagine life without.

Fast forward past bandaids, sunglasses, and televisions to the 1960s, when we embraced both the past and the future with equal fervor. The Flintstones entertained us for two years before the Jetsons catapulted us into a time of robot maids, instant meals, and flying cars. Space exploration was upon us.

Where will we be 100 years from now? It’s hard to tell. But this Saturday, you can catch a glimpse of what it might look like when the Arrow Bots gather at the library to learn their task for the upcoming robotics season.

The public is invited to join them for their third annual Robotics First Reveal.

There’s still time to sign up for the Tinkers’ Workshop! Kids 8+ (or younger if accompanied by an adult) can make holiday gifts for loved ones. We’ll have holiday stamps for cards and gift tags each day, as well as a variety of other projects like metal stamping, beads, and more. Projects will be available after school until 5pm—drop in and do a craft or stay and tinker the whole time. To register, call us at 507-825-6714, email us at meinders@pas.k12.mn.us, or stop by the library.

With the holiday weekend upon us, we know how important it is for travelers to have audio books or DVDs for their long distance journeys. We’re also fully aware that magazines are often checked out for visiting relatives, and that home-hosting families like to read in their down-time.

If any of these descriptions fit you, know that the library is open and staff is happy to help you pick out the perfect materials for your holiday festivities.

However, if you choose to visit us today, please use extreme caution.

Despite being shoveled, plowed, and salted, the sidewalks and parking lot are snow-packed and slick. I assume this is the case in most parking lots, so tread carefully while out and about on your daily errands.

P.S. The library is closed Thursday and Friday for Thanksgiving, and is open on Saturday from 10am-2pm (as long as the weather cooperates).

Census takers are in high demand. For those interested in becoming a census taker, Meinders Community Library is hosting an information meeting with a census volunteer. Being part of the census team is a paid position.

During this open house event, you can ask questions about how to become a census taker and get help navigating the application process.

All Individuals Encouraged and Desired

Including, but not limited to: Native Spanish Speakers, Indigenous Individuals, Persons of Color, and Individuals from all Socio-Economic brackets

Computers are available to apply online.

Right now, you have an opportunity to help shape the future of our schools. An online survey is currently available for community members to share their perceptions of Pipestone Area Schools. Survey information will help inform the next step in the strategic planning process.

Our students matter, and so does your input~ jody

Inclement Weather Policy: If PAS closes early, the library will close 30 minutes after school is released. If PAS is two hours late, the library will open at 10am, no early morning activities. If PAS cancels, the library may still be open, but have limited hours, depending on road conditions.

We appreciate your interest and use of our library. Our number one goal is to get the right materials into the right hands.

If we can enhance your time with us in any way, please let us know.