Two weeks ago, my hubby and I were hanging out with friends talking about exotic foods we’ve eaten or are willing to try. Iguana? Tastes like chicken. Alligator? Tastes like chicken. Frog legs? Yep, you guessed it. Tastes exactly like chicken. By the end of the night this became a joke and inspired a later trip to Ivanhoe to pick up a few of these mystery meats at the seafood market. 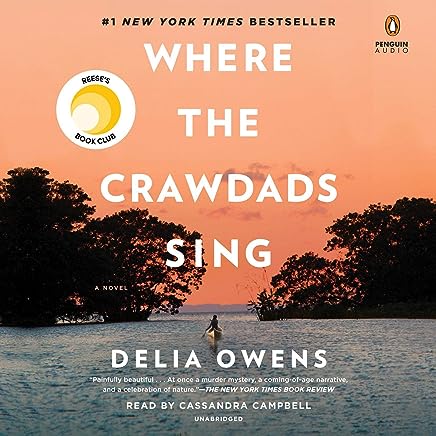 While certain meats might be white and mild, each animal has its own flavor. Chefs and foodies alike recognize the many subtle variations that each fowl and fauna bring to the table.

Likewise, serious readers enjoy the nuances that define individual authors and their individual works. And yet, we are still guilty of categorizing flavors of books to appease our literary tastes.

We google “books similar to…” or tell our reader friends, “If you loved Author X, you will love Author Z.”

As a librarians, it’s what we do. As book lovers, it’s how we shop and how we recommend. Though I doubt you would ever hear one of us say, “It’s exactly like….” In part, because there are far too many word combinations, characters, and plot twists for this sentiment to hold water.

Instead, we are more like great culinary artists who know that slight variations in the amount of one ingredient over another can vastly change the flavor of the end product. Temperatures do matter. As do oils and butter and lard. It might be similar, but it will not be the same.

Keep this in mind as I offer the following recommendation. If you are one of the many who have read or thought about reading Delia Owens’ Where the Crawdads Sing, you should give The Witness Tree by Amy Pendino a try.

Both are written by debut novelists, and both tend to end up in the same shopping cart on Amazon. Both have received strong accolades from fellow writers–including two we’ve hosted at the library.

According to Minnesota author Lorna Landvik, The Witness Tree is “deeply satisfying.”

According to Kim at the circulation desk, The Witness Tree is a worthy read. What did she love about it? The main character eschewed the social constraints of the time and stood her ground in the face of 1920’s conservative attitudes.

So while these two books are as alike as alligators and rattlesnakes on the outside, they share a similar flavor–a coming of age story tied to nature, social prejudice, and characters with a strength that defies the norm.

P.S. Railroad Street Seafood in Ivanhoe has crawdads. Though I doubt they taste like chicken!

Meinders Community Library is a combined school and public library that serves the residents of Pipestone County in Southwestern Minnesota. It is part of the Plum Creek Library System. View All Posts

We continue to offer curbside pick up for our patrons. To access this service, call, email, or use our online catalog to place materials on hold. Let us know the day you plan to pick them up.

We Are Water MN join us for a variety of events sponsored by community partners throughout the summer and stop by the traveling water exhibit at Meinders Library July 15-September 13.

We Are Water Minnesota is finally here!! Join us tonight, Thursday 7/15 at 5:30pm for the Opening Ceremony and check out the exhibit through 9/13. #WeAreWaterPipestone #GetConnectedAtMeinders #MeindersHappenings #OnlyInPipestone #LibrariesOfInstagram #LibraryLife #minnesota
We had our first Pipestone County Popup Storytime at Southwest Park today! We’ll be at Harmon Park next Tuesday at 10:30am.

We appreciate your interest and use of our library. Our number one goal is to get the right materials into the right hands.

If we can enhance your time with us in any way, please let us know.